OVER MY sixteen years as a police officer I have seen the sad truth of what goes on behind some doors.

I remember visiting one address that absolutely broke my heart. The cupboards were bare, the floors and walls covered in faeces, there were no beds to sleep on or food in the cupboards. Needles were being used as ornaments, there were open bottles of methadone in the fridge next to the milk, and the clothes were filthy. You don’t forget something like that.

I believed that the children at this address were at risk of significant harm and I wanted to evoke section 46 of the Children’s Act 1989. This allows the police to remove children from the address to a place of safety. I explained the environment to Social Services who didn’t agree that the risk posed was significant. They thought that the children were best left with their mum.

I genuinely couldn’t get my head around it and I felt so angry. I felt as though I was letting those children down.

However, the decision for police to evoke s46 has to be made in conjunction with Social Services. This is so they can have a strategy discussion, including whether they 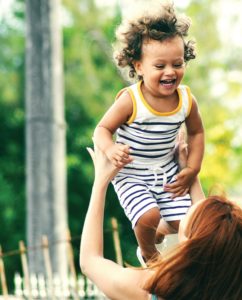 have have a suitable place for the children to go to. This is why you provide such a wonderful service. When we do evoke s46 often the children don’t want to leave their home and their families, and they have to be removed by force.

Children want their parents to love and protect them. It’s understandable that they don’t want to be taken out of their ‘comfortable’ environment – despite everything – and placed into somebody else’s care. A complete stranger, not their parents. 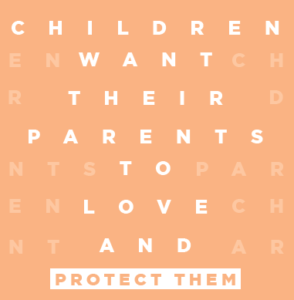 A small percentage will feel like they are cheating on or betraying their parents if they like you. Some mayfeel that if they are seen to
engage with you then they will never be allowed to go back to their parents. Some may be so thankful they have been removed from their home, but still feel incredibly confused. They may feel as though they have no control of the situation they are in and any rebellion against you may be their attempt to regain some form of control. Their early experiences 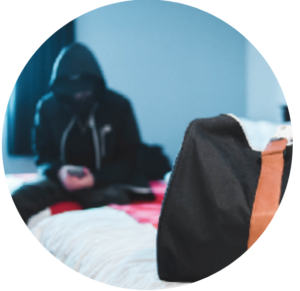 may also contribute to them feeling that they don’t deserve any better than the way they had previously been treated. It may be that they are so emotionally and physically downtrodden they believe they don’t have the right to be happy if their parents can’t be – and this can be hardwired into their self-beliefs. If a child is struggling to cope with their emotions, they will often try to find
other ways to cope. They may see self-harm as a way to release tensions, such as cutting, drinking, drugs, sex, food deprivation and much more. It is important to remember that if you recognise any of those traits, they may feel as though they have lost control of their life. The last thing they will want from you is being told what to do and have that control further removed. Taking a step back and ensuring they know you are there if and when they are ready to talk to you helps
give them back some of that control – unless, of course, immediate action is required. Don’t judge; you may not agree with how they are behaving and with their choice of coping, but it’s unlikely you will have experienced the exact set of circumstances that they have. Even if you have experienced something similar, we are all individuals and deal with things differently.
There are so many reasons why that child may be feeling and behaving the way they are, particularly if they have had a traumatic or abusive start in life. The one thing we all need to remember is that children crave love, attention, affection, and boundaries.
They may not realise it at that moment – and you may very well be the one on the receiving end of their internal demons – but what you are doing is such an amazing and incredible thing. Never underestimate the impact that you can and will have on them by providing these things each day they are with you. Just remember they may not be in a great place at that
time, but if you stay true to your values and do your best, they will look back on their time with you and realise how thankful they are for having you in their life at that time. Just be you – amazing, incredible, you.

Tori Edwards is the founder of Protect Training Solutions, which provides advice, guidance and support to parents and professionals who share her vision to give every young person the childhood they deserve. Drawing on her expertise built on a successful sixteen year career as a police officer, Tori helps parents and professionals understand and safeguard children from the dangers they face in this rapidly evolving world. Tori welcomes you to join her Facebook community ‘Parents Protect’ to learn more about the challenges children face and how we can better protect young people. https://www.facebook.com/groups/ParentsProtect.