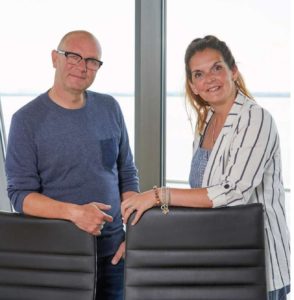 So what do you tell a child that’s pleading with you to say everything will be OK? Their pink, pinched face etched with tears and eyes welling up at the thought of school on Monday.

That’s what I was faced with one evening in October three years ago, when my sevenyear-old broke down sobbing, while getting ready for bed. It was such a shock to the system because she was, on the face of it, a happy-go-lucky kid. Yes, she was quite shy and yes, she kept herself to herself but on the whole she seemed happy.

To discover that at the tender age of seven she’d been trying to cope with a tough time at school was a huge kick in the stomach moment and then to realise that I hadn’t picked up on it was a double whammy. The guilt, the disbelief, the awful dread and worry that it brought was monumental.

Because we are ‘that family that talk about everything. A problem shared is a problem halved, and all that’. We are the sort of parents who ask how the day has gone and think we’re on top of everything that needs knowing about.

But the simple fact was she had to ask for help when it had got too much for her to handle alone. That was too much.

We were lucky that she attends a small, friendly rural primary school and we have a close network of friends whose kids all watched out for one another. So, when the bombshell dropped we met with the school and had the usual chats with teachers and the head, who were really supportive in bringing a bullying issue to a halt, and my daughter was so relieved that it was all out in the open. Disaster averted as it were.

But, for me, a busy working mum with a husband away a lot and family across the Irish sea, the worry didn’t leave me. I’d pick the kids up from school and give my eldest a gentle nudge along. “Everything OK today?” I sang out to disguise the butterflies I was feeling as I walked through the playground. It wasn’t what she 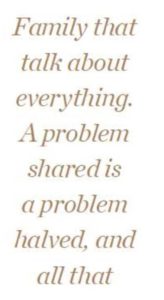 wanted to hear though, and pretty soon, she’d dodge the hug and jam on the car radio to avoid the questioning.

I was left with a choice. I carry on and hope it had gone away or I do something to stop this happening again without my knowledge.

Being a journalist for the past 20 years, I guess I have a certain amount of ability when it comes to researching ‘help for anxious kids’ online. But after drawing a blank when it came to finding some method of allowing children to log how they felt on their own terms, I decided – perhaps rather naively – to set about creating one.

Surely it can’t be that hard I told myself. You’ve got apps these days and online selfhelp groups. What could I create that would capture a mood and then show it plotted throughout a day, so that I could point to it and start a conversation with a loved one on the back of it? This question simply wouldn’t leave me alone.

It was after talking to some close mum friends in the village that I realised I could do with some help on the ‘bringing ideas to fruition’ front. I knew Jonathan through his wife who was a good friend, plus he was a familiar face on family walks

and we had children in the same class. It felt a natural next step when I messaged him to explain I had an idea for something that didn’t exist and would he give it a look over.

The same day I got a message back inviting me over to their house. Great! All very positive but that didn’t stop me feeling a bit of a plum walking up their drive, armed with an A4 print out of ‘my idea’ and not much else!

My idea was to create a simple-to-use wearable technology that logs how we feel. This would help children to make sense of how they’re feeling, whilst also being able to share how they are feeling with their parent or carer.

When I arrived, we sat down and I proceeded to babble on about my experience, my various ideas, my research and what I thought might be a good idea. I was waiting for him to say it was utter tosh, or “yes, they sell that on Amazon”, but no. He listened, put me at ease and said very plainly, “I think it’s a great idea, great story, I can see you’re passionate about it and have done some digging. But there’s only one way to find out – try and try again. You’re asking someone to design and make a piece of hardware, connect the software, and make it simple enough for a seven-year-old to use? It’s not going to be easy”.

I left armed with email introductions to some very clever people at Centres for Digital Innovation in Hull, a spring in my step and the rather crazy notion that it might one day become a reality. “It can’t be that hard surely”, I thought that day.

That day was four years ago 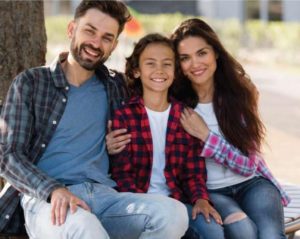 can you believe. Moodbeam One is a personal self-care tool worn on the wrist that records how you feel and monitors changing moods. There are two simple buttons, one yellow and one blue. You press the yellow when you feel happy and blue you you feel sad, and this information is sent to the app which records how you are feeling over time. This helps start important conversations between families, allowing them to ask the right questions and better understand how well they are coping. Originally designed with a seven-year-old in mind, it’s helping those from seven to ninety-seven recognise the highs and lows of their day, so that they can make subtle changes and do more of what makes them happy.

One element that will always remain at the core of Moodbeam is why it was created in the first place. To give a young person a coping mechanism and give their family or carers a way of sharing their experience.

From speaking to those who devote their lives to fostering young people, this could well be fantastic transitional tool that allows everyone involved to embrace the change that’s happening in their lives, but on their terms. It’s an emotional diary that helps them look back and think about how, when and why an obstacle or success came about. It allows parents and carers to better understand how they are feeling, and it means that worries and concerns can be converted into something positive to work upon.

Moodbeam has been created to help the world visualise how we are feeling and to support meaningful conversations. The Moodbeam One device and app are not medical devices and do not claim to diagnose, treat or monitor specific health disorders. If you are in any way concerned about your mental health we would always recommend speaking to a healthcare professional. Remember you are not alone. www.moodbeam.co.uk and @ MoodbeamLife.